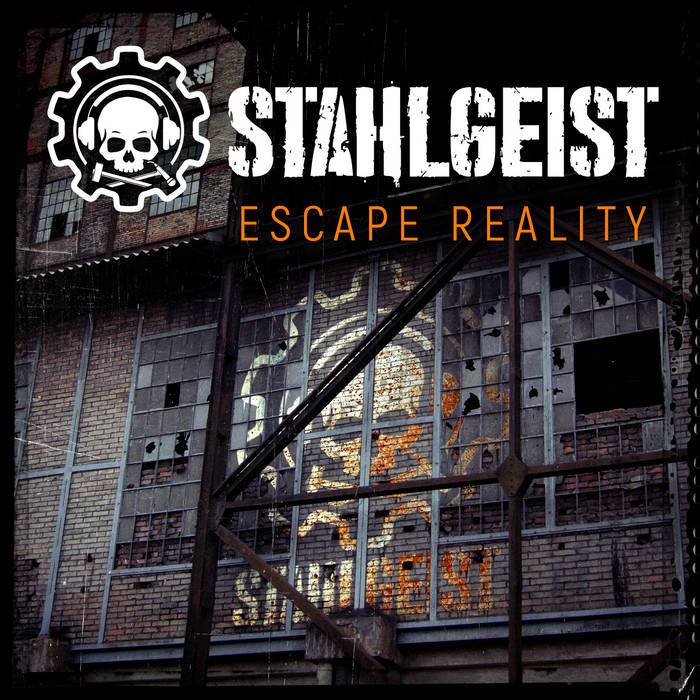 for all fans of stomping beats of old-school EBM – this release is simply MUST HAVE.
Stahlgeist is the newborn child of two Hungarian musicians, Istvan Gazdag (First Aid 4 Souls, Vacuum) and Tamás Bank (Worker/Munkás).
Stahlgeist made its debut with a live concert at BIMfest 2018.
Their first album entitled Escape Reality launches at 2019.09.16 on Advoxya records.
Istvan Gazdag says:
Although First Aid 4 Souls as a project started in 2007, the group really has quite a history. It is the practical successor of the band Vacuum (active since 1992) that is one of the most significant bands in the Hungarian industrial music scene, having appeared on stage with bands such as Clock Dva, Swamp Terrorists and X Marks The Pedwalk, Killing Joke and Front Line Assembly - apart from giving countless concerts throughout the country.
Tamás Bank says:
Worker/Munkás started as a project in 2011. Tamás is also a member of a well-known band in the Hungarian industrial music scene, Interzone Inc. that appeared on stage with bands such as Dive, Front 242 or Monolith.
excerpt from side-line review:
„The album takes off a pure old-school EBM way characterized by a solid bass line. Quite progressively Stahlgeist moves into an intelligent format of ‘body music’, which is sometimes reminding me of Frontline Assembly. The songs are diversified, but all inspired by retro-EBM. This diversity also comes back in the vocals –mainly sung in English, but you’ll also notice other languages as well.
This is a great debut work. The classical EBM format has no surprises, but the way the songs have been written reveals a sophisticated process. This band knows how to bring the true EBM spirit to life! I know of many bands sharing a similar music style and signed on established labels, but without the same talent!”
Stahlgeist at Fekete Zaj festival (Black Noise in hungarian) this august:
www.facebook.com/stahlgeist/videos/404026066918605/
order your copy here (CD):
www.advoxya-shop.com/modules.php?name=Asers_Shop&s_op=viewproductdetails&lid=526&cid=1
band on the web:
www.facebook.com/stahlgeist