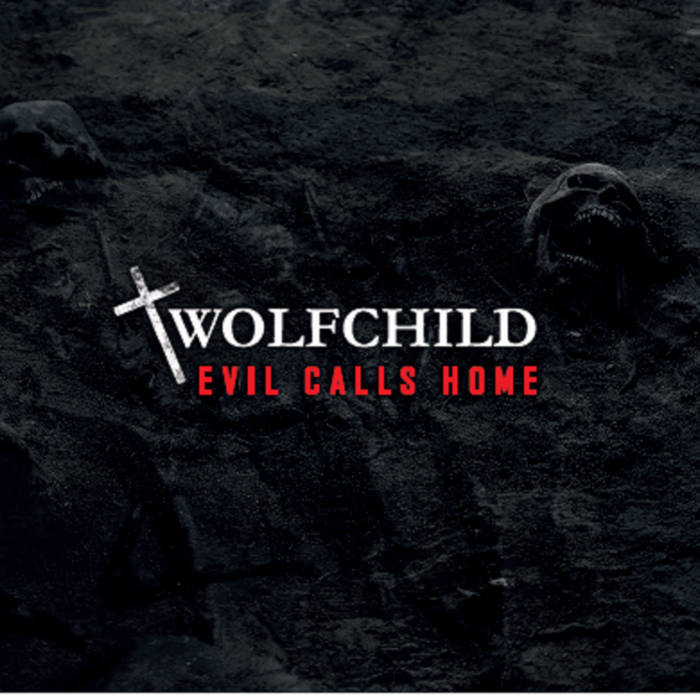 so, we are glad to present the 3rd (and the 1st one on Advoxya label) album of dutch-german project Wolfchild. Just few people know that by plans the 1st album of the band named „Sunt Mala Quae Libas (Ominous Edition)” was prepared to release on Advoxya Records in 2016. But for some reasons (hmmm, guess which ones😊 ?) the band decided to go by separate way.

Well, i just interpreted Evil Calls Home as „Advoxya welcomes Wolfchild” (again)..And we hope that our cooperation will continue and the band with our help gets all that attention which deserves..
Future will show, but now – EVIL FUCKING CALLS FUCKING HOME !!!
After 2 albums the band returns with kick-your-ass-off new material, which definitely deserves attention of all fans of dark-electro scene, say more – iam sure it becomes the one of the best releases of autumn 2019.

let the band speaks:
"Evil Calls Home" is the third album from Dutch & German duo "Wolfchild". The 3rd installment from the band brings you some of their best and darkest tunes till date. Influenced by the old tunes from bands like: Agonoize, Hocico, Grendel and more. "Evil Calls Home" brings you back in the old glory days of Dark Electro into 2019. With clubhits like: Wenn Wölfe Heulen, The Voice of God and Tanz Mit Uns. The album opens softly with the track Hydrangea, a song based on epic instruments...a great start off the album. The 3rd album from WOLFCHILD is defintley for those who enjoy dark electro, aggrotech and ebm. The music is done by Robert van Kooij, and the Lyrics and vocals are handled by Jan Ricker, as the mastering is done by Sander Kapper. How would we describe "Evil Calls Home"? ... You be the judge, all hell breaks loose on this one!

band on the web:
www.facebook.com/wolfchildelectro/