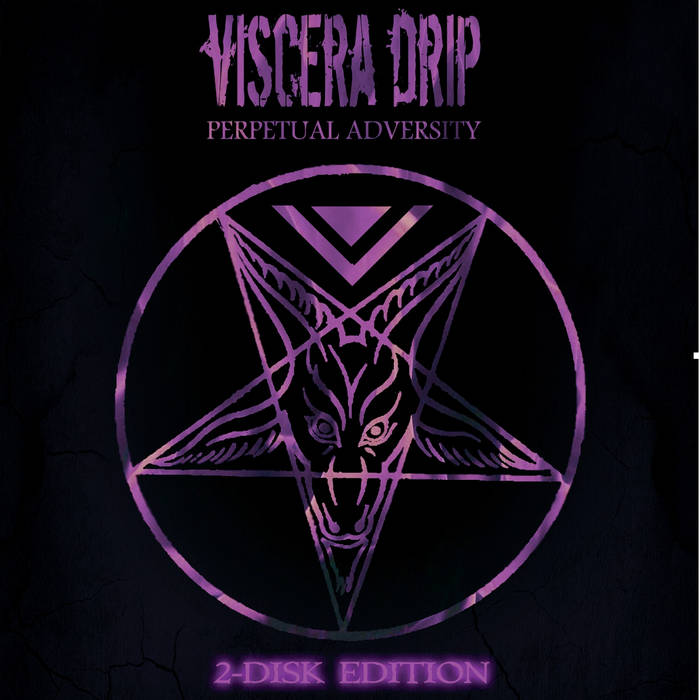 Christoff Slater Overall this album is a very good listen, I love how it flows so nicely. The remixes are very well done Favorite track: cd1: Fuck This Life.

Label says: „Iam been hunting for this band since the end of era of Myspace – around 2009-2010. Liked their stuff, which remains me sometimes the best side of God Module sound. Very glad and proud that with our common effort the second official album from this american, without doubts talented band Viscera Drip finally sees the light of the days. Hopeful more releases coming soon, even in 2016”.
but for now - Viscera Drips' highly anticipated new album "PERPETUAL ADVERSITY" is now available for pre-orders! It comes as a single disc with 14 tracks
Featuring guest vocals by Claus Larsen AE of Leaether Strip and Jan L. of X-FUSION. Also on the single disc are two remixes by Ruinizer and X-Fusion.
"Perpetual Adversity" also comes as a limited 2-disc set with a second disc featuring 14 brand new killer remixes from artists as Alien Vampires, Cold Therapy, Nano Infect, Stahlnebel & Black Selket, Sin DNA, Bleeding Corp and more....

Band says: „Perpetual Adversity is about our daily struggles with life. The oppression and violence brought about by religion and the wealthy constantly rubbing our noses in their shit. We are born to suffer the fates brought upon us by life and we are not happy about it. Our perpetual adversity is this life we endure, hoping that someday our fight will have been worth it, and that things will change and the oppression will no longer be tolerated and that we as human beings can overcome this horrible condition we live in.”
Horror spooky EBM come to your house.