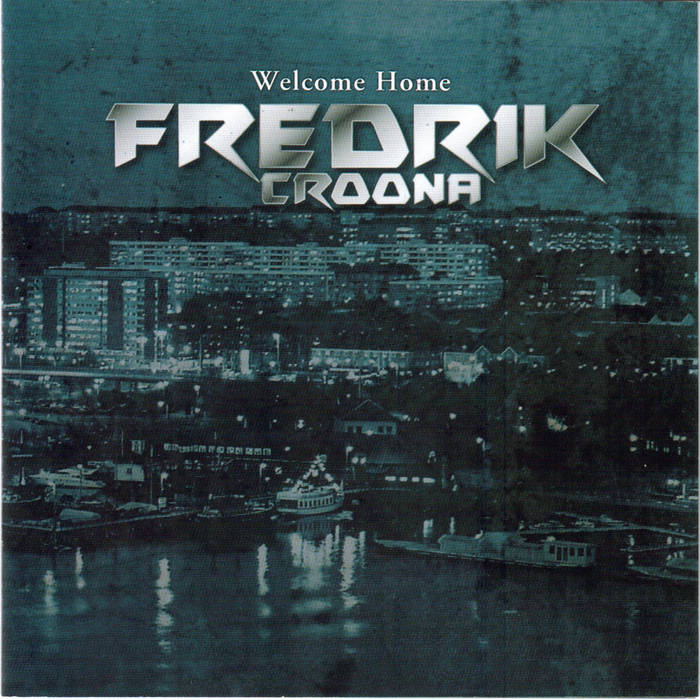 about the stuff:
Welcome Home is the second album by Fredrik Croona, probably best known from bands like Menschdefekt, ex- Project Rotten and Cynical Existence.
The new album is a bit more mature than the first album "The grey line". It features 12 original songs with two collaborations from the bands
Controller Collapse and konclever.

Stephane formely of Side-Line crew and now running his own page "Side-Line reviews" got in contact with Fredrik Croona and asked him to
share a few words - so here is excerpts from 'STATEMENT' by Fredrik Croona:

Usually people say that the second album is always the hardest because of fans and people's expectations. For me it's a bit different, mainly due to the fact that I haven't reach out to a huge crowd yet and I have seen very few reviews of the debut. To be real honest, I don't really care too much about what people say today (of course to some extent you do). If they like the music they do and if they don't, then that's also fine by me. Each to his own. I used to think very highly of my work and didn't understand when people didn't like it. I thought 'this album is easily as good as any other band out there'. I was younger and cockier in my attitude.
Nowadays I try to evolve with my own sound and myself, creating music that I can connect with on a different and deeper level. It might sound cliché, but I do feel more connected to my work now than ever before. I also feel a bit more confident when it comes to actually sing. Hopefully others will hear this too and actually hear that the production has gone up a step also. "Welcome Home" represents me and also the town where I grew up and live in. It's not in the lyrics, but in the spirit and essence. It's naked and there is no attitude or image. It's just me spilling my guts for you.

band on the web:
www.facebook.com/fredrikc1984/